Skip to content
HomeBe Strong. Almost There. You Did it!

These were the words of encouragement on the Trenton Hill this year for the Cache Gran Fondo.

I was excited for this year’s ride.  I found my own bike and had been doing some road rides so I felt a little more prepared.  This was one of my goals from last year in order to reduce the position fatigue.  I think it helped a lot as I did not experience as much forearm fatigue as I had the year before.

I did not get the best rest the night before and wake up was a little challenging.  But once I was on my way in the cool morning air, I felt much better.  However, I could tell that this did have an effect on my ability to ride a little harder.

Even though I had started off with my bowl of cinnamon oatmeal, I took advantage of the plain yogurt and frozen fruit they had available at the starting line fuel station.

Cache Valley is so beautiful at 7 AM.  Once again, I forgot the Go-pro to capture just how beautiful it is to ride at this time of the day.  That is my goal for next year.

I underestimated how long it would take me to get to the first fuel station in Trenton and had not planned to stop.  However, I did make the stop along with many other riders and stood in line for the port-a-pottys.  Chris met me there with some fresh raspberries from the garden, so I was able to refuel a bit while in line.

The Hill was next.  Luckily, Rock Springs has a lot of hills, so while it seemed a bit easier this year, it is a deceptively long hill.  The words of encouragement spray-painted on the road brought a smile to my face and provided an extra push.  As I passed those who choose to walk up the hill, they also provided words of motivation and encouragement to keep going.  There was a band again on the hill and their music could be heard a little better this year.  While I’m sure they were a great band, the choice of music was not very motivating for climbing the hill. 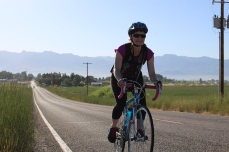 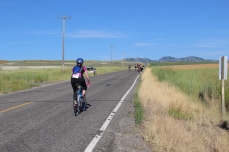 After the hill, the rest of the ride was spent enjoying the beautiful view of Cache Valley.  I was surprised by the number of riders I passed who had to replace tubes.  I had new tubes put in both tires just within a week of the ride and a quick tune up on my chain done by Al’s and was fortunate to not have any problems.

I did make one more stop in Mendon to grab some carbs then back on the bike to finish the race in exactly 4 hours.  I had hoped to shave off an hour from last year’s time, but only shaved off about 30 minutes. 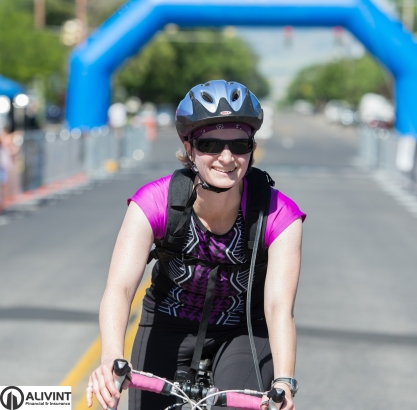 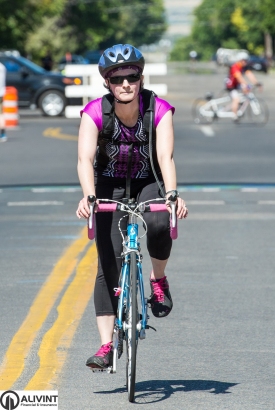 Hydration and Nutrition: Like last year,  I used my camelback with 12 oz of coconut water mixed in.  I froze it over night and it provided cold water throughout the ride. I started with my usual oatmeal breakfast.  They did not provide the chews in the registration bag. So this year, I did take advantage of the fuel stations at the start of the race, and the last one in Mendon to provide some additional carbs for the ride.  I was also excited for the free meal at the end and enjoyed the burrito from Cafe Sabor, one of the sponsors. 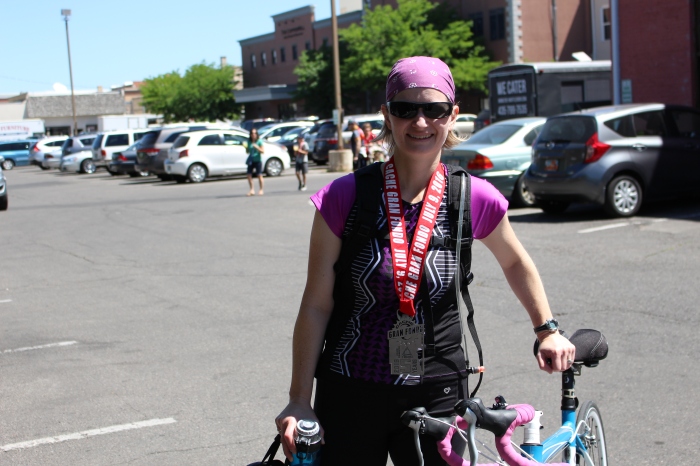 Thank you to the many volunteers who helped with the planning, preparations, and everyone on race day who manned all the support and fuel stations and helped the riders along the way.  And a BIG thank you to the law enforcement that helped keep all the riders safe at the major intersections!  Thanks Cache Gran Fondo for a great ride and look forward to seeing you again next year!